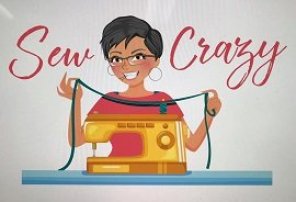 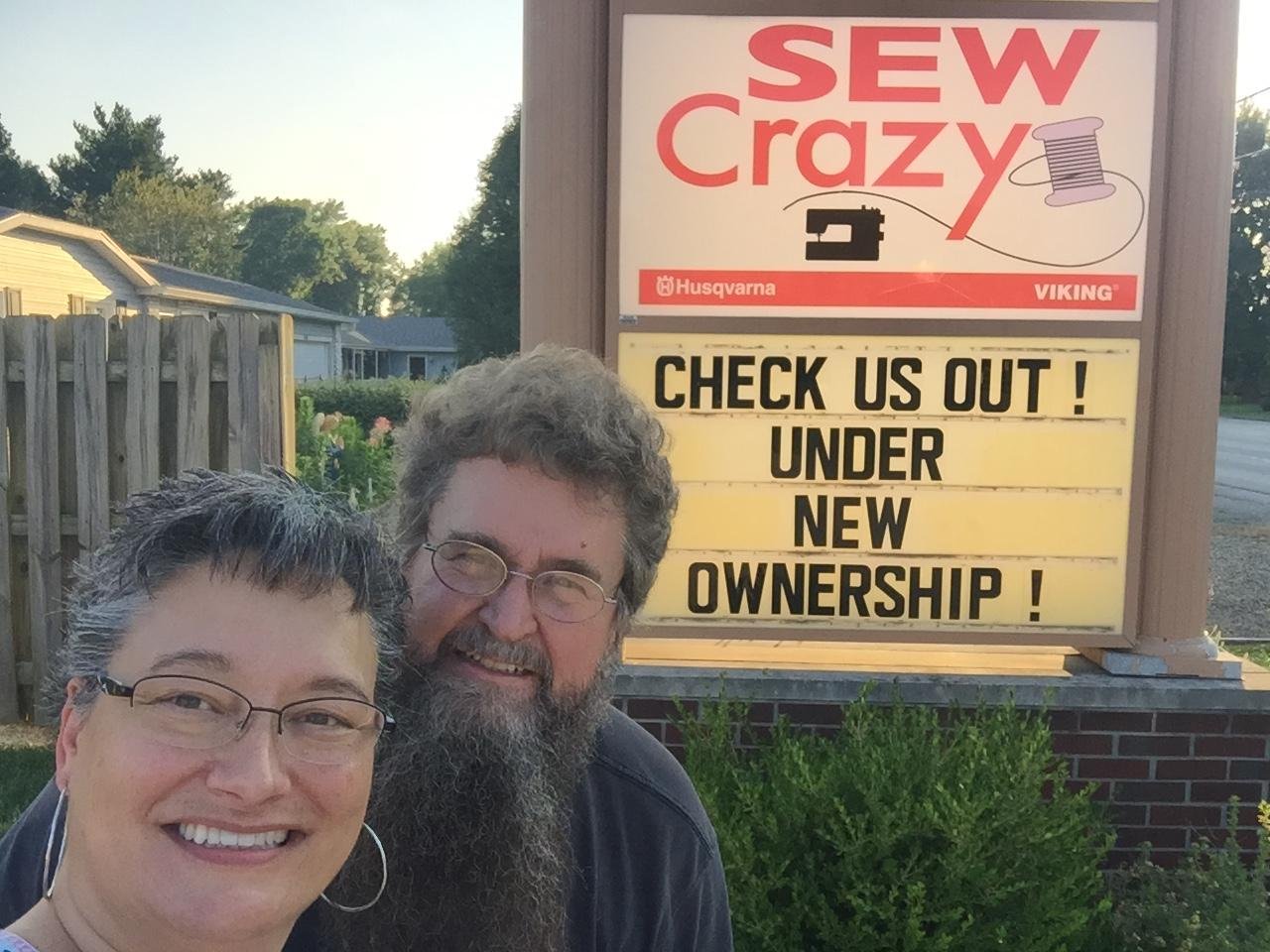 While Sew Crazy has been serving the Columbus, IN, community since 2010. We had an opportunity to purchase the business from the retiring owner.

When the retiring owner sent out the email about the Retirement Sale, I thought a machine was retiring and as I read further in the email, I discover that it wasn't a machine retiring...it was the retiring owner that was retiring!  I immediately called my husband at work and told him that I had just received an email from Sew Crazy announcing that the retiring owner was the one retiring and had mentioned the sale of the shop if anyone was interested!  My husbands response was, "ok?'  I sat on the phone for a minute and was like, "alrighty then, I just thought I would call and tell you that."  About a half hour later, he called!  He said, call the retiring owner and ask her what she is wanting for the business!"  I was calmly replying, ok will do!  When I actually jumped onto my bed kicking my legs in the air with excitement!!  When I got off of the phone with my husband, I began jumping, screaming with joy and dancing all over the place!  I called the retiring owner and spoke with her.  I called my husband back and then we began the process!!
And here we are!!

Sew Crazy is the exclusive Husqvarna Viking dealer in Columbus, serving the entire south central area. We carry the complete line of Husqvarna Viking sewing, embroidery and serger machines. Customer care is our top priority...long after the sale. We offer hands-on instruction with each machine purchase, along with unlimited support. We will be offering a variety of day and evening classes, for sewists of all styles and skill levels.

We stock parts and accessories for the Husqvarna brand and service our Viking, as well as, Viking machines purchased elsewhere.

Our fabric department consists of high quality, 100% cotton fabrics that will suit any quilting and crafting need, plus there's an assortment of books, patterns and sewing notions as well as, Mettler and Robison-Anton threads.

With so much to offer, it's easy to see why Sew Crazy is the trusted source for sewing machines, supplies and education in Columbus, Indiana!

Tim and I were reunited 8 years ago and have been married for 5 years.  He was my very first boyfriend!  It was back in 1977 when we met at Country Squire Lakes when my grandparents and his parents had property there and we met at the Pool.  We were summertime sweethearts for about 3 years and then went our own ways.  We reunited the end of March 2010 when I found him on Facebook.  I have 5 children from a previous marriage, four girls and one boy.  Brittany is my oldest. She is 30.  She lives in Columbus and has my only grandson, Kaedyn Ray, who was born on my Birthday!  He will be 2 this year.  My second daughter is Chelsea.  She will be getting married in September to her long-time love, Mitchell.  They reside in Whiteland.  My next daughter is Gabrielle.  She lives next door to us and has my only granddaughter, Raelynn Rose, who is almost 3.  She was named after Tim and I (our Middle names to make up her first name).  My one and only son, Benjamin.  He lives in LA, California.  He is working on his acting/music/directing career out there.  His girlfriend, Isabelle, just graduated from Indiana University and moved out there with him.  One day you may see me on the Red Carpet with him!  My daughter, Isabelle, will be 15 this year and a freshman at Columbus East High School.  You may see her in here working at times with me when she isn't in Show Choir Practice or at Dance Practice.  We have 2 fur babies.  Jizabelle, a Yorkie-poo and Jazmine, a Shitz-poo.  They are a big part of our family of 3 and you could say that Jizabelle is the ruler of the house...or so she believes.